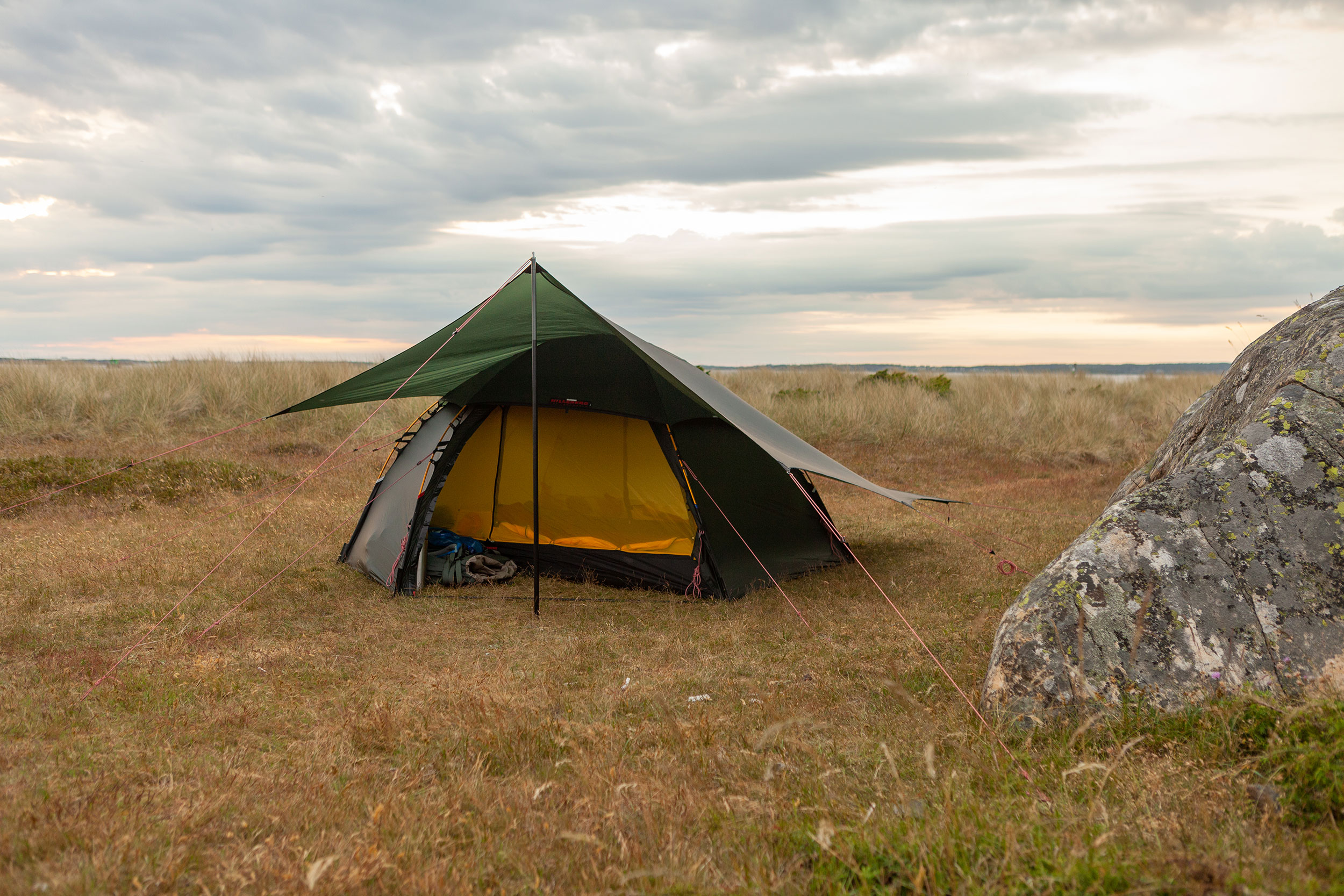 Here I gathered some equipment lists from different adventures. Sometimes I check on them for an upcoming adventure. I like to write them before going out and do a short follow-up afterwards.

Li and I skied for 8 days in and around Sarek. We finished with a 2 course menu in Saltoluokta and a couple of beers. This is my clothing during the trip. Approximately 110km.

Li and I packed our bags and drove to Grövelsjön. The idea was to go and run around Lake Rogen. We had temperatures as low as -6 degrees C and snowstorms that made us walk most of the way. The ground was not completely covered with snow but it was slippery and difficult to run on. 101 km.

Thoughts afterwards… Windsack instead of rescue blankets! If something really happens, the protection is so much better. The towel was never used. Maybe good during another trip? The soft bottle froze to ice in the nozzle a couple of times. The compass was never really used. GPS mostly when it was really thick forest and snowstorm. The cleaning cloth was used only once for the glasses. The tube 200 from woolpower might have worked well as a scarf but it was never used. REAL freeze-dried became “difficult” to eat while out in the wind. Used my headlamp at 50% power…  But since 9 hours are promised in maximum mode, it should work to run this constantly on full power. My own-made pot lid broke immediately and was never used. If would be worth bringing a handle for the pot. The carbiner and holder for the InReach are worth their weight. Now I had it in my hand or chest pocket instead. Nuts and raisins mix, salted! Tighten the trekking poles so that they are not compressed. Shell gloves, shell gloves, shell gloves! Equipment lists and follow ups like this is a great way to pick up your thoughts from the latest adventures and put into your next one.

End of June. Slept under a tarp. Ran from Metsjö to Vassbovik along Bohusleden trail. Midsummer. Martin and I. 75km.

Slept in a Hilleberg Rajd. Ran from Angered to Skatås along Bohusleden trail. Late spring, around 0 degree celsius during night. Li and I.

Walked as a guide. Good weather and wonderful group. Had no problem to pack it down but still had to be focused while doing so. We all had different equipment lists and preparations before this trip and before heading out on the trail we talked a little about it.

I’ve written many equipment lists for this kind of adventures through time. Ritsem – Saltoluokta is one of my favourite stretches. New route for me. Fun. Didn’t really miss anything on this adventure except my barrier pants from Haglöfs. +3 to -25 degree Celsius. Martin and I.

Any thoughts about my equipment lists? They always change a little bit just before departure and there not 100% accurate but still provides a lot of help (at least for me) before going out.