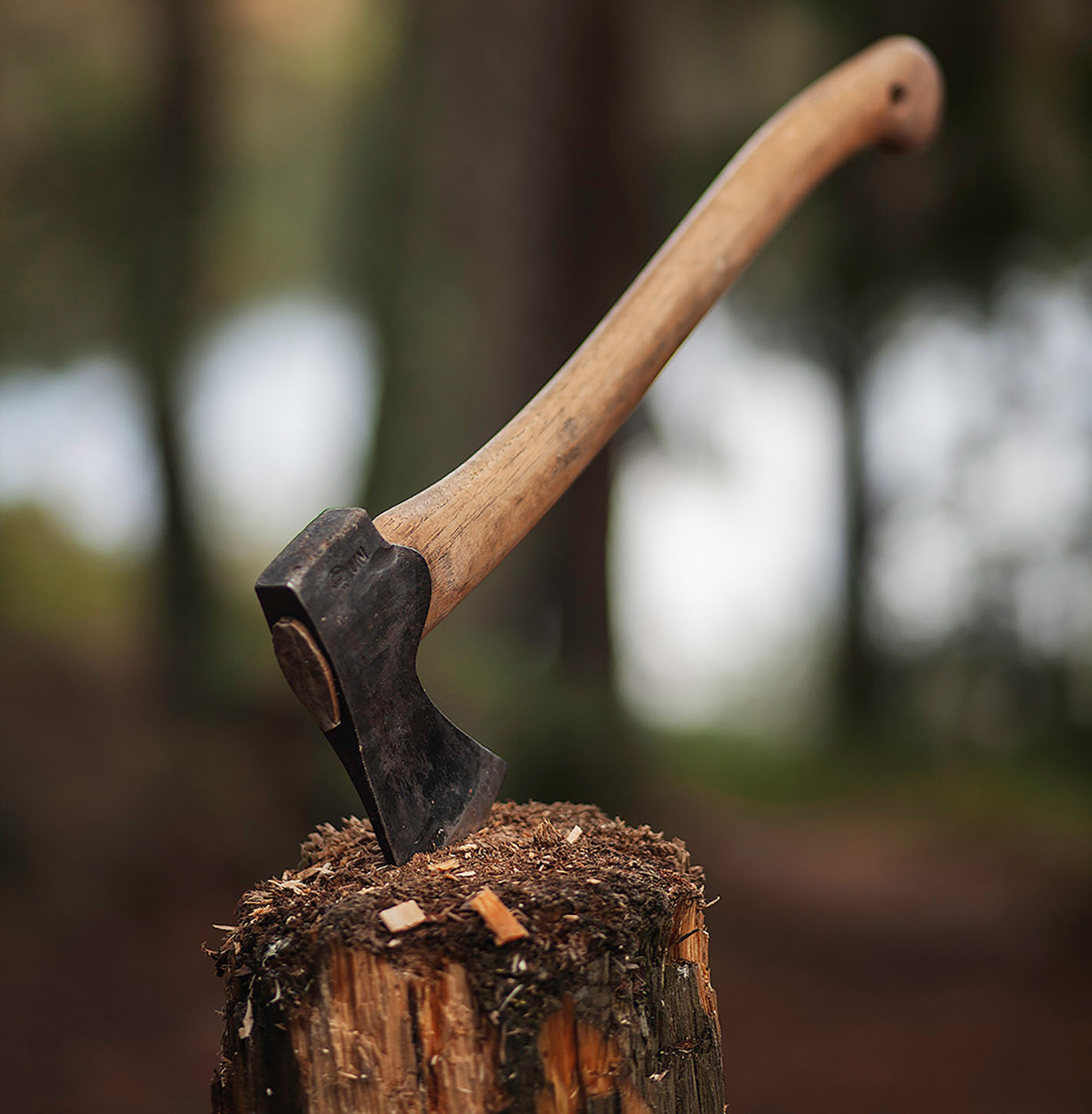 My axe is generally one of the first five things I always pack when I’m heading out. 1kg of pure wood chopping love. It’s the best axe I have ever had, but to be honest I’ve only had two and both of them from Gränsfors Bruk. After years of duty it has its bruces and so do I. Back in the days when I bought my axe I read somewhere that the finish is really something and that you could easily shave your armhair off. Off course I tried… I also tried to chop some firewood after sunset without my headlight. Well, let’s say that I forgot to take the leather sheath off. It happens to everyone sooner or later, right? On my second long walk through Sweden I visited the factory and my love for the company and their axes grew even stronger. Have you noticed the initials on the head? That’s the initials of the person who made it. Persons that put their love and devotion into the making of this axe you purchased and now it’s in your care. Take care of your axe and use it well, by doing so it will serve you for a long time and at the same time you also send appreciation to the person who made it. Despite me putting my axe to hard work every weekend, and sometimes even mid week, we became good friends and we have made a lot of fires together.

You can fin more long term gear reviews under from the field and equipment. Photo: @frilufts.