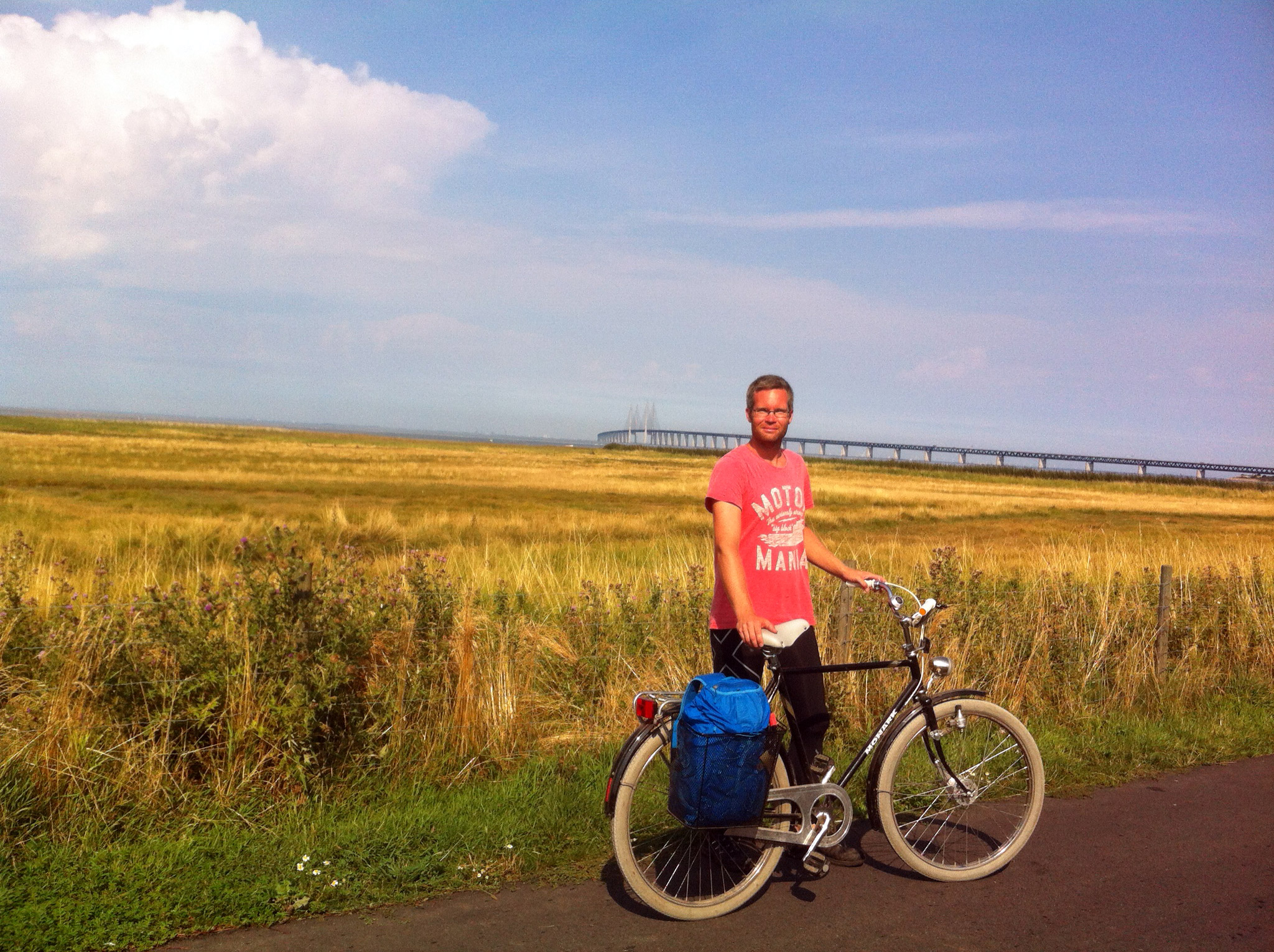 My mum and I had 3 days off and we badly needed some adventure. We grabbed two old bikes and took the train to Malmö. We cycled to the bridge connecting Sweden with Denmark and that signalled the beginning of our weekend adventure. We biked along the Swedish coastline up to Helsingborg and then took the ferry over to Helsingör in Denmark where we had our first night. We sat down in the square for a couple of beers and rested our eyes at the people walking by. The town is really nice and I have a lot of memories from this place growing up. Next morning we had breakfast at the hotel before biking south towards Copenhagen. We had two flat tires during the day and I ended up buying a new tyre and tube before we entered Copenhagen. We checked in to Copenhagen Downtown Hostel and walked down to Nyhavn for some food and drinks. In the evening we found an outdoor cinema close to our hostel showing black and white movies and they also served popcorn. Mom wanted to visit Christiania and we took a walk through it before biking to Kastrup and the other side of the bridge that we touched the first day. Mission complete! The loop was done. We biked in two countries and visited one capital. Spending 2.5 days on the road.

Me and my mom really loved being out together cycling our Öresund loop 2014 so we ended up walking the whole Camino Francés 2015.

“It’s always fun to do adventures likes this with mom. Easy going and a lot of laughter.”

“Øresund, also spelled Öresund, and more commonly known in English as the Sound. The HH Ferry route, between Helsingør, Zealand, Denmark and Helsingborg, Scania, Sweden, in the northern part of Øresund, where it is narrowest, remains one of the world’s busiest international ferry routes with more than 70 departures from each harbour per day.”

“The Danish side – There is a lot of bike lanes from Helsingør to Kastrup and with a simple map you can easily find you’re way along the coast. I booked a hotel in Helsingør and a hostel in Copenhagen before we left. There is small villages with places to eat food and buy coffees as you go and we didn’t have a lot on our bicycles.
From Copenhagen to Kastrup I took some screenshots on my cellphone from Google Maps but today I would use Maps.me instead. You can bring the bicycle  with you on the train from Copenhagen Airport (Kastrup). We walked with it through the airport terminal and down towards the tracks. Fun! Don’t forget that you have to pay extra for the bicycle!”