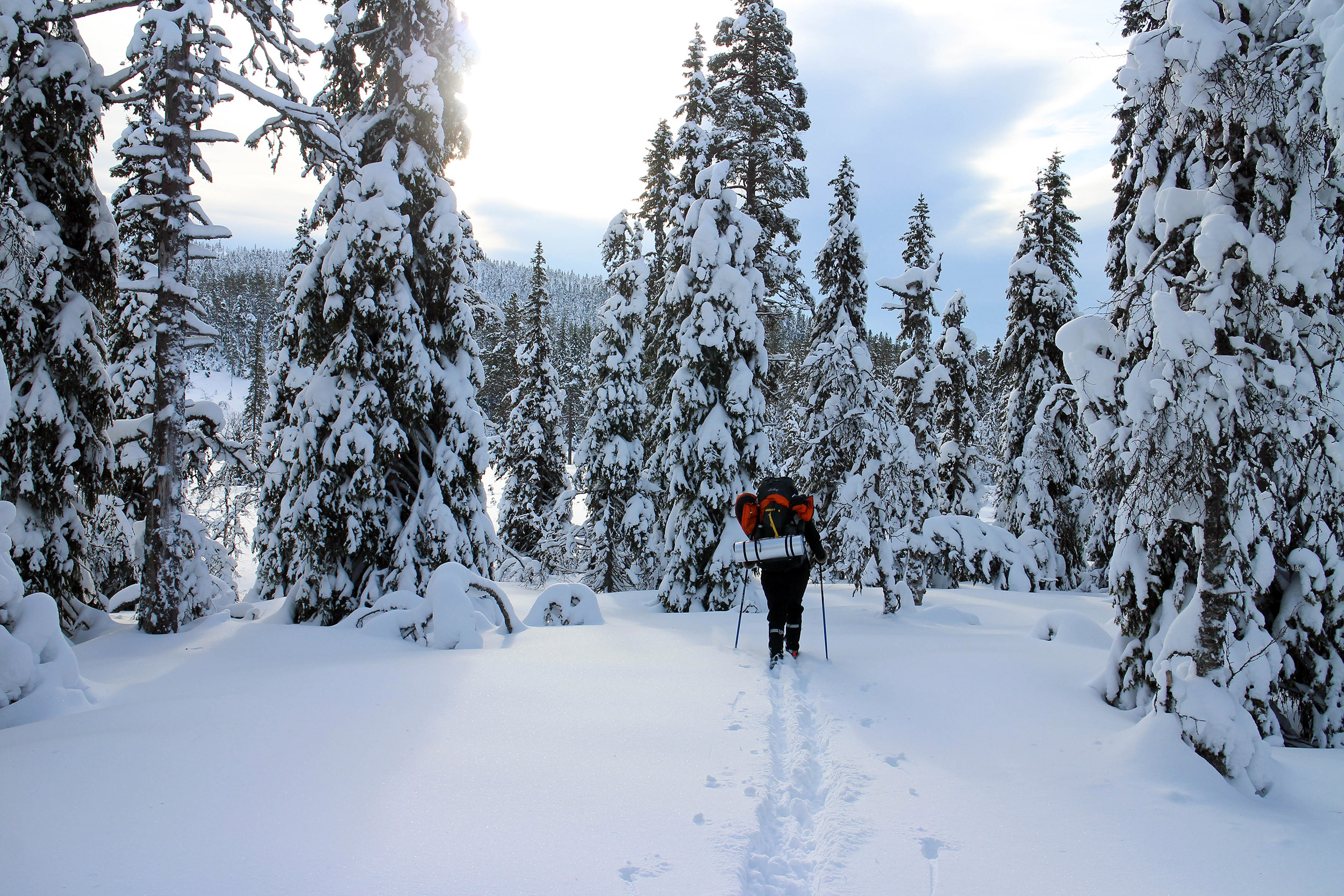 We parked at the reserve’s eastern border, where Gräsbricksleden (trail) crosses the gravel road. It was -18°C outside and the snow made everything in the landscape look like a fairy tail. We took our gear from the car and prepared our skis. When we felt ready, we followed the trail into the magical terrain. The goal of the day was Norra Vardsätern.

The distance took us much longer to ski than planned. Partly because the scenery was wonderful and I often stood and watched the surrounding view, but also because it was so steep that we had to take off our skis and hike uphill in deep snow from time to time. The trail markings were tricky to follow as the markings on the trees were completely or partially hidden by snow. We had to use our hands and brush the trees to see if we were in the right direction. We didn’t want to check the map every second and we searched for an adventure so we preferred it this way.

Tandövala is a nature reserve in Dalarna, Malung-Sälen municipality. The area is high and the vegetation is poor and as I write this even under a thick snow cover.

There are livestock sheds in the area that testify to livestock operation. We checked for traces of felling and there is, but not to any great extent. Another factor that has affected the area is fire. Remains of forest fires can be found in several places even when the snow is deep.

It is mainly spruce forests in the area but in the eastern part of the reserve there is also pine forest. There are spruce forests here that have not been harvested for 150 years, but also some smaller areas on the slopes that “never” have been exposed to any previous harvesting.

We arrived at Norra Vardsätern after sunset and found it thanks to our headlamps. Shortly after we arrived to “our” cabin for the night. It had snow up to the windows and we had to shovel out the door before entering.

We quickly made a fire and cooked some chicken with rice before falling asleep in front of the fire. The day after we skied down again back to our car! We went down without stress in about two hours time. My skis often wanted in different directions and when I thought I had control, they showed who decided and then I sat there with my behind deep in the snow and the skis entangled in some spruce.

During the time I went to school in Malung and wrote a text about Wings & Roots that can be of interest.