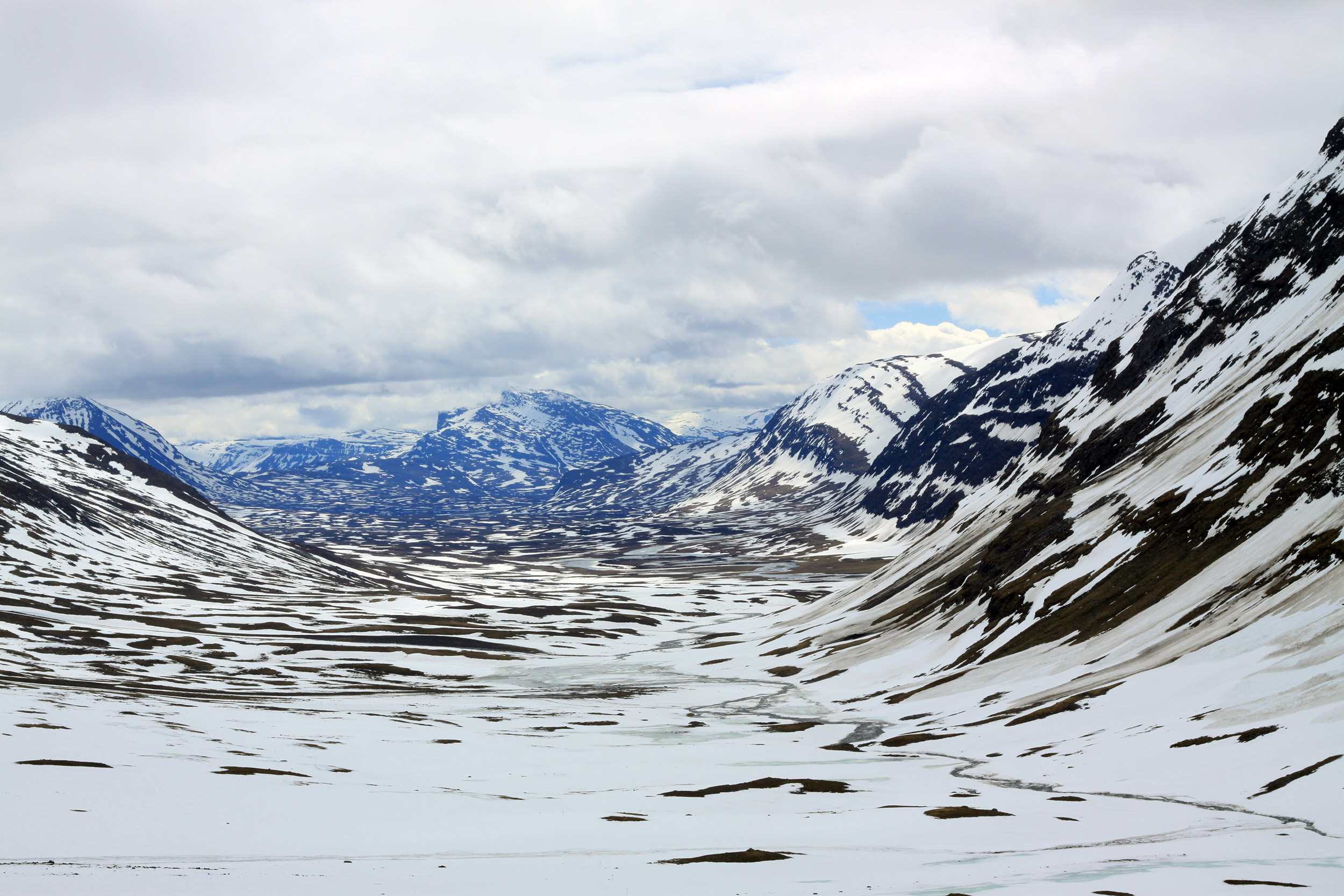 I decided to leave home for my birthday and go for a walk. I took the train to Abisko and met some friends already on the train. I spent an evening in Abisko before walking south on the Kungsleden trail. I slept in the huts along the way and the first night I spent in Abiskojaure. I meet some interesting new people and one of them was probably 80+ years. She had been visiting the area every year for a longer time than I’d been alive… She told stories all night and pointed out some great places on the map.

The next day I walked to Alesjaure and spent some time in their lovely sauna. The evening was cold but nice so we stood outside watching the sun go down towards the horizon for a long time before going to bed. The evening after I had the pleasure to see the waterfall in Tjäktja open up. When I got there it was all ice and snow but during the evening it became more and more dark grey. At 11pm it was a small waterfall and the bottle of red was all gone…. I really treasured this evening and the woman (Monica) that was working there.

In Sälka cabin I meet a girl from Lithuania and we talked a lot about life, love and jobs. I later met here in Stockholm for a coffee. I woke up early the next day and walked up Durling’s trail towards the summit of Kebnekaise but had to turn around 3 km before the summit. That night I ended up walking back down the same way I came up and then walking south on the trail to Singi. Arriving after midnight. During midsummer I had a couple of beers at Kebnekaise mountain station and had some great food but first my friends and I walked up to the top of Kaipak for some sun and a chat. I later ended the trip in Nikkaluokta.

You can easily begin or end your adventure from STF Abisko and Nikkaluokta.

“Sure! I left my home alone but already before stepping of the train in Abisko I gained some friends. We ended up celebrating my birthday and midsummer before our paths again took different directions.”

“The trail is 110km long and you have the possibility to sleep over in 6 cabins along the way. You will walk close to Kebnekaise, Swedens highest mountain. There will be a lot of rocks along the trail and from time to time you will walk on boardwalks.”

“If you walk in mid June it could be really wet and depending on the latest winter you can have fields of snow along the trail. I had snowshoes on this trip. If you don’t want this I recommend you to walk in late august or beginning of september.”