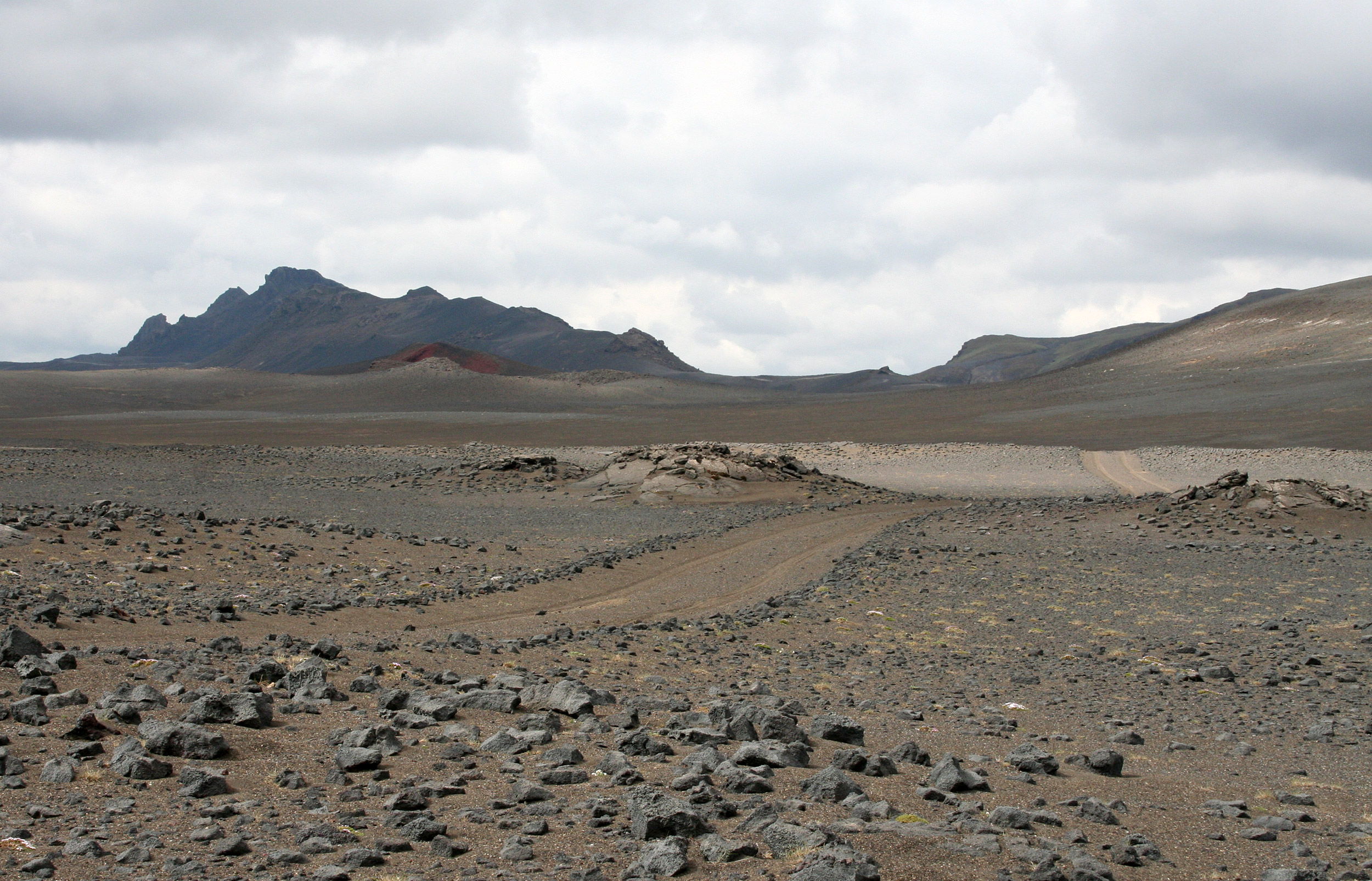 I’m already in love in this island… and I haven’t landed yet.  I’m so excited to spend a month biking on Iceland and I can’t wait to get started. In Keflavik I fixed everything, bought some white gas for my kitchen, stored my bicycle box in cardboard and finally rolled down the street. I spent some time cycling to Iceland’s most well known and active volcano Hekla, and she was really beautiful. I stopped for a while and said hi before passing her on the north side heading for Landmannalaugar. A simple internet search and you can see why. Along this road I got stuck in a sand blizzard and for a while I was lying down on top of the bike just to hold it down. I had sand in my ears for a week. In the worst place ever I badly damaged my front rim and had to stick my thumb out for a life to Höfn. I lifted for 500km in a unimog without knowing if they had a bicycle store at the final stop. At this point Höfn didn’t have a bike store and I don’t know if they do now. I met a guy who had a friend interested in cycling and I was able to buy an old but better working almost straight wheel from him in his private garage. Some highlights were Iceland’s highest point Hvannadalshnúkur, the lake Jökulsárlón and the waterfall Skógafoss.

“The flies also choose to celebrate my birthday in full from within the tent and a less happy Daniel gets a year older. The birthday dinner consists of tortellini and snickers.”

“I booked a trip with mountainguides.is and managed to borrow some equipment so I could walk up to the summit with a group of happy people. Worth it.”

“At lunch, the flies had caught up on me once again and they had a certain ability to end up in my plate. Noodles to the right and flies to the left…”

“Jökulsárlón-Glacier lagoon is one of Icelands most visited places. You get to taste the 1000 years old ice from the lagoon and if you’re lucky you might see some curious seals. I chose to slep here for one night and met two other cyclists while doing so.”

“I cycle through a nesting area for the silver tern again today and the warning signs for “warning of birds on the road” come up on both side of the road. The silver tern became extremely upset by my presence and attacked in full. They seamed to attack the highest point so I hold one of my hand up hi and cycled like this for one km or two.”

“Daniel tells me that the tires can explode by the heat that arises between the brake pad and the rim when you brake too much and immediately the speed increased in all the downhills.”