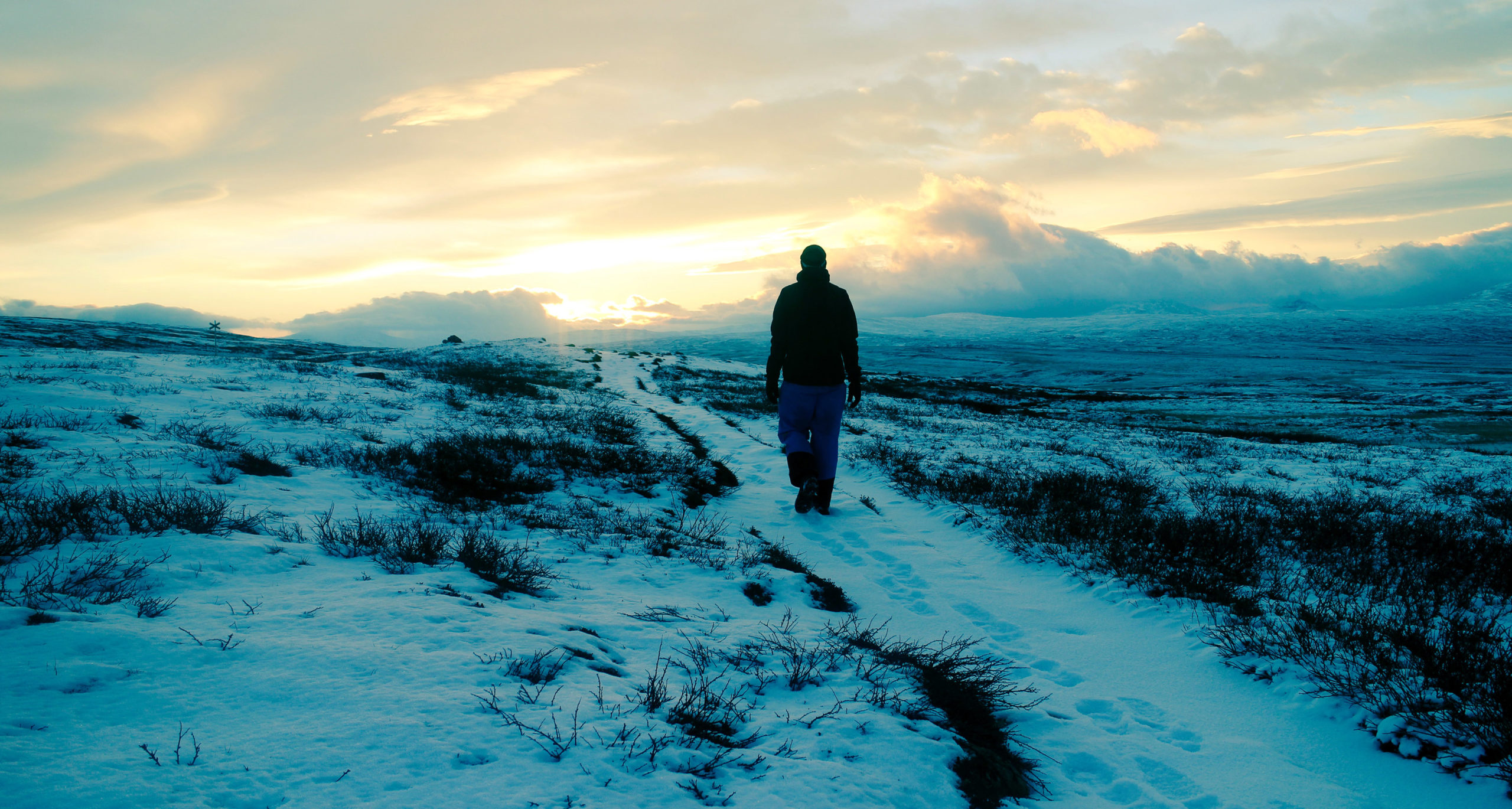 The plan was to start from the Storulvåns mountain station but the gate was closed and I had to lace my boots earlier than planned. When Gustav dropped me of next to the gate the wind gusts where playful and after a short good-bye see you soon I put on my headlamp and started to walk. I walked along the paved road to the station and slept outside for an hour before continuing. I went down the small hill, crossed the bridge and passed the old station. I was now trekking on the triangle. The terrain was frozen and sprayed with snow.

I took shelter in the cottage along the path towards Sylarna for some food and coffee. The wind was no longer playful. It was tough and stubborn but that’s what I wanted on this trip. It was the wind, the loneliness and being out here that attracted me and I got a lot out of it.

At the next station the windows were covered. I walked to the staff house and peeked in. I only saw a router flashing in the dark. I walked around the cabin and someone forgot to turn the light of in one of the rooms. I sat on the stairs for a while with my thermos and then went down the same hill that I came from. I walked over the bridge and took a left turn towards Blåhammaren.

I had a little less than 40 hours to finish the triangle + the distance from Storulvån to the gate. At Blåhammaren I was tired. I hadn’t slept in a long time and it was time to eat again. Because of this I was cold but within the limit. I checked the land lighthouse, I walked around it and then proceeded to complete the lap at Storulvån. Later I walked down beneath the tree line, passed the station and arrived at the gate a little early. Gustav picked me up. Both tired after our adventures. He had been iceskating for the same amount of time. Time to drive home and another week at school.

“It’s not about the altitude you reached or the distance you walked. It’s about connection, love and respect to the surrounding and others.”

“Natural silence has been called one of the most endangered resources on the planet! Here I got plenty of it.”

“It really feels like the outer rim. Im at the Frozen Frontiers.”

“I think nature see me, I know I see it. It’s harsh but also full of love and listen well on my thoughts.”

The black triangle is Jämtlandstriangeln. The red detour is another trip I did 2015 on skis.