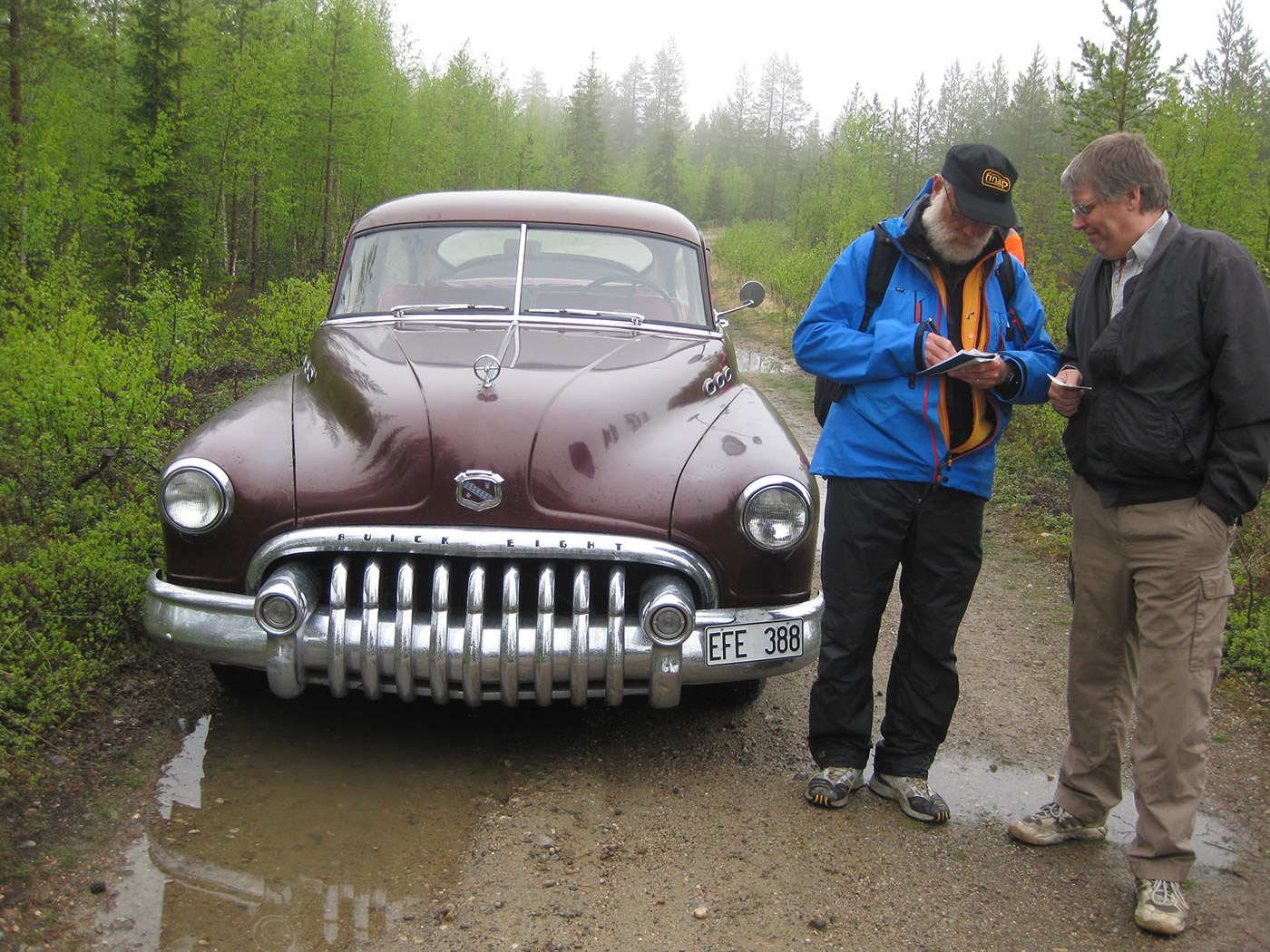 I did this trip with Robert Aschberg, Gert Fylking and Emil Hansén. Robert and Gert started in Ystad and held a fundraising event to raise money for prostrate cancer research. I joined them just outside Karlskrona, with an initial plan of walking with them for just a couple of days as they invited people to do so. In the end I walked with them to Haparanda! In Haparanda the guys had their final program on TV8 and the morning after the final, they, the crew and everyone connected to the fundraising even left for home.

By then I had a new goal in my mind so I walked some more and me feet took me up to the yellow blob of concrete marking three borders cross between Sweden, Norway and Finland. I spent my birthday sitting on it speculating about the future and reflect on the past 96 days which it actually took to get here. The walk was over, 2200km (1367 miles) give or take, finished! Every day I struggled in some way to get here. I had many sub-goals but also a main goal that changed from days to months, from Haparanda to Three borders cross. From being with TV8, RIX FM, Cancerfonden and Aftonbladet daily and walking with lots of people every day, all day to be alone with my backpack as my only friend was a big change. On the way home I read that we during the hike managed to raise about eight million Swedish kronor.

This adventure was full of people, media and publicity. Back in 2004 I did a similar trip which was more invisible and very peaceful in comparison. You can read more about it here.

“See, Walk, Breathe (meaning there is a lot of things to see and appreciate, a big piece of ground to cover and still I have to be able to breath, there is a prize for everything you do even if you like it and sometimes you have to bang you head into a brick wall and deny feelings to conquer the day and deal with it later.”

“When you walk like this, food is vital. I spend a lot of time dreaming about food and in the end i eat a lot of sugar.”

“Importance of people you met along the way. Kindness! On this trip a lot of people I talk to on a daily bases know someone that have prostate cancer or they have it themselves.”

“When the others left for hotels and other homes I pitched my tent. A Hilleberg tent named Akto became my home for three months. It’s 1,5kg and really easy to bring on trips like this. I could sit in the middle of the tent and do most of my stuff in there. On rainy days when I had a bunch of mosquitos between the tent fabrics it could feel a little small. Emil and I shared this tent during our first week and it’s really not that fun.”