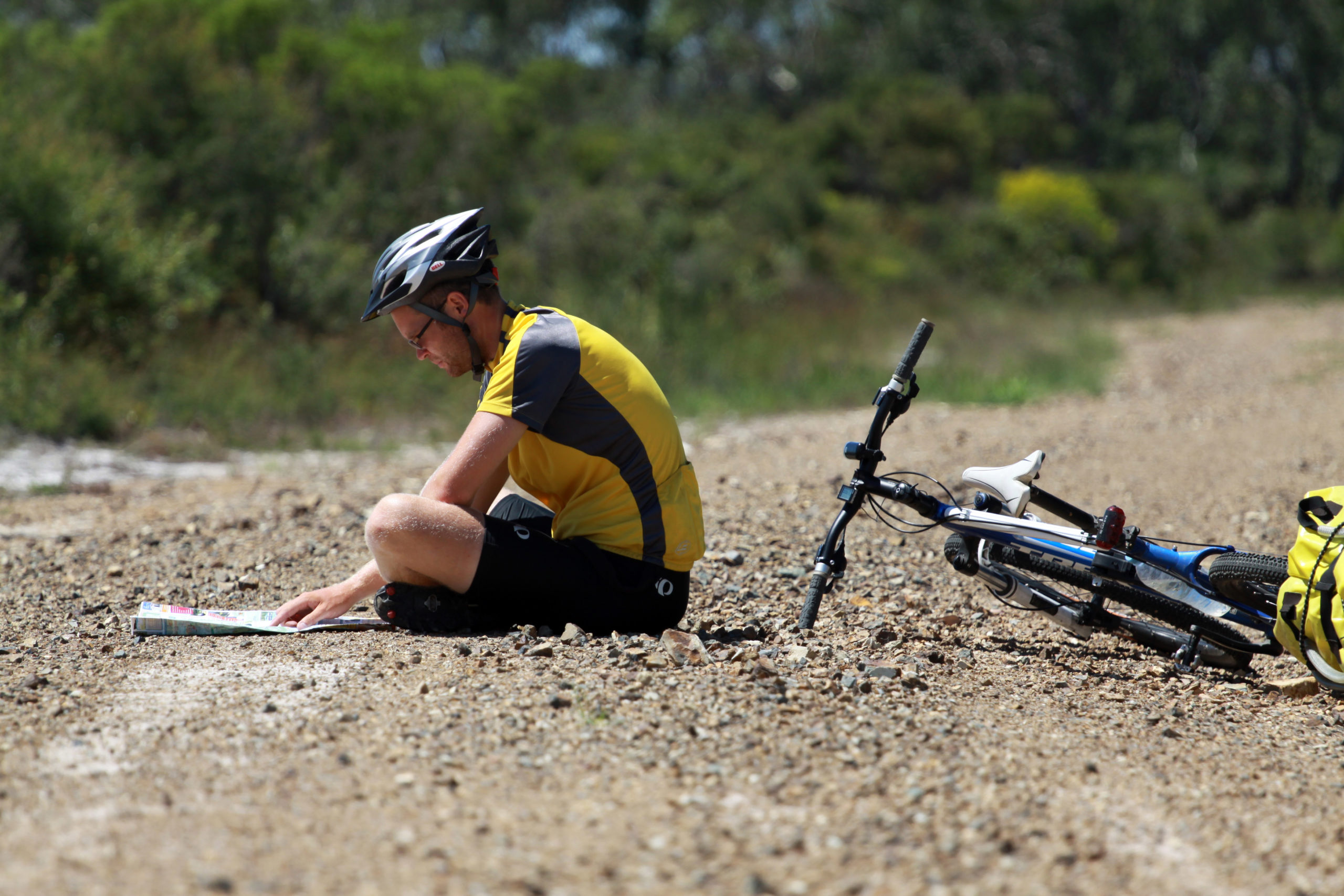 This time I started in Melbourne. The first evening I biked through Melbourne and ended up in a motel in the southeast suburbs. I bought a fancy expensive bike lock while cycling this first day and when I found the motel I attached my bike to a pole. The following morning I couldn’t unlock it. I tried for hours and finally that evening I borrowed a disc grinder… Problem solved! Actually.. pretty funny after a couple of days.

When I entered Wilsons Promontory I had so many memories from my past adventure, but this was a new one and I tried to focus on the moment. That evening I followed a group out canoeing. It was a great experience. Afterward I was dead tired and fell asleep. In the middle of the night I woke up with a wombat running circles in my tent. I found a big hole in the tent and a couple of bananas later I learned my lesson. I started to cycle north towards Buchan Caves after that and then followed the gravel road to Suggan Buggan. I think this road was one of my highlight this time around.

Other highlights were Bungendore Country Music Festival, the Blue Mountains, Three sisters, as always The Rocks in Sydney and The Entrance. On this adventure I cycled about 400km and spent 3 months in Australia. Its hard to write text like this because in a way I could talk forever and ever about it but while writing my hands often do nothing and my minds travels away. Like that morning when I had a pot of tea, scones with jam and cludded cream for breakfast at a place holding a event called “Bush poetry breakfast” or when the sky went black and I could se the rain closing in. I searched for a place to take shelter and 5 minutes later I pitched my tent in some kind of goat shed with others.

You can find my first tour in Australia that I namned Fun on Wheels 2004 here.

“Since the last trip in Australia I had bought a new bike. Before I had a steel frame but now I have aluminium. I decided to upgrade my rims and put thicker spokes on. I also decided to leave my panniers and use a BOB Ibex trailer to get rid of some disconcerting effects as speed wobble. It’s less stress on my frame and one big waterproof bag is pretty nice to have as well. Above this I also had one handlebar bag for easy camera and wallet access.“

“You really feel the difference when pedalling up a hill standing on the pedals: A strong touring bike will take this without complaint, but a weaker frame will start to flex and wobble like a wet noodle.”

“I used a lot of sunblock, long sleeved shirts and some kind of hat every day when I didn’t have my helmet on. My helmet became white during the trip because of the UV and I had skin cancer in between my trip in Australia.”

“I slept on the beach covering the sign camping forbidden with wet shorts once, I slept on campgrounds, wherever in the jungle, in peoples gardens, on sofas, goat sheds and under highways. I asked people for water during the evening and sometimes I got invited for food and a late chat about life. I had “showers” with garden hoses under the stars and skinny dips when no one was around. I can only advice you to be open, talk to people, take the opportunities and think about safety. Ask people if they know a good place to put up your tent for the night or if the evening darkness surprises you in between towns you can always jump over the ditch and pitch the tent there.”