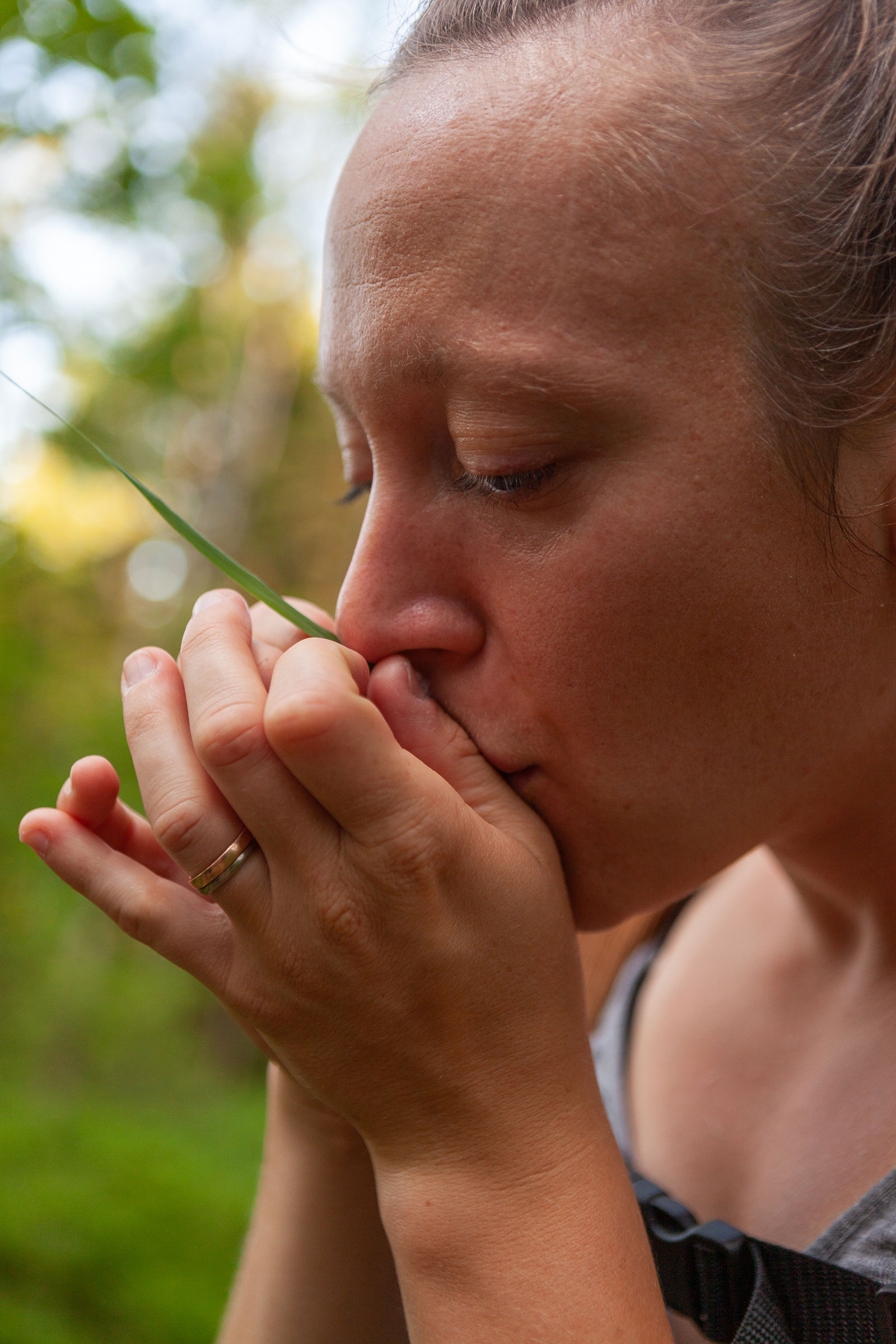 When you are in a cabin or in a place where it is not windy, you can make this simple rocket with a “regular” tea bag. Cut inside the clip and pour out the contents. If you have the right kind of tea bag, you can shape it like a long cylinder with air in the middle. Put it on a plate and check that it is stable while standing. Take a match or lighter and gently light the top of the rocket. Do not forget the countdown, otherwise it won’t fly. It burns to the ground and before the fire has come all the way down, it lifts and flies towards the roof. When it comes down, you catch it in a bowl or on the plate. Do not blow, then you will get it in a thousand pieces.

While you take a break and all backpacks are off you take the opportunity to play this game. If you have good weather, you can fold a piece of paper, or maybe the map, in the middle and place it on the ground. If it is wet, it may also work if it is protected in a map cover or similar. When the map is folded as a A4 size (portrait or landscape) you should try to take it with your mouth. Only the feet is allowed to touch the ground and the hands and arms are there to try to maintain your balance. Are you agile enough?

Lay out a regular sleeping pad on the ground, take off your shoes and stand on your sleeping pad. Take one of the corners and without stepping off the sleeping pad, you turn it so the bottom ends up. Simple… Now! How many of you can be on the mat and still complete the task?

I think this can be fun once while waiting for someone, but I advocate leave no trace as well and can get really annoyed when there are plenty of these piles. Take turns building and see who can lay the last stone. A banzai stone house perhaps?

Pick a blade of grass that is fairly soft. Stretch it by attaching it and guiding it between the thumbs on their outsides. When stretched, it should be closer to the “front” than the “back” and almost touch the lips when you put them against your thumbs (below the knuckles). Blow in between the thumbs and if you get a sound, you’re doing it right. Otherwise, you can try to tighten the straw or move it around a bit. Good luck!

Shape your hands so that it is airtight. Keep a small hole in between the thumbs knuckles and when you are happy with the result, put your lips on your knuckle and blow. If you do it right, it will be a sound and you can play different “tones”. During a week-long hike, some manage to do this!

Drink as a reindeer

Tired of walking and still looking for the first reindeer? If you walk by a creek in the mountains and the water is pure enough to drink I usually do this with my group. With or without my pack I go down on all four and start drinking water from the river. Usually one or two find it fun and do the same. Tell them that you drink like a reindeer and invite them to do the same. Some end up doing something that looks like a push-up, some people get a little wet while doing it and some just stand and look at you guys doing it.

If you have a nice stream of water where you can walk on both sides and you have couple of cups in bright colors you can have a race. But them in the creek and have someone waiting for them downstream. Perfect during short breaks while you wait for someone or while having a Swedish fika outdoors.

As a guide I have sometimes smuggled down a small rock into the other guides backpack not saying anything to the group but clearly showing them what I do. If the other person doesn’t notice I take another one later in the day. Sometimes ending up having rocks in my own bag or putting a very big rock under the lid making it obvious for the other one.

During the evening you perhaps have a fire going. After a while when good glowing coals have formed, you can take out a piece of embers that is a little bigger than a pea. Quickly pick it up with your hands and shake it around in your hands without dropping it. If you blow a little on it at the same time, it becomes really red. If it gets too hot, it can burn you, so be careful. Once we were a small group who carefully did this and threw it between us from a distance of less than an armlenght. A bit like walking on glowing coals. There is excitement and focus. Nice when you wear a t-shirt and not covered in Gore-Tex…

Write your country with your bodies

If you’r a group of people it can be fun to “write” your country with your bodies while standing up. Take a group photo while doing it and of the final result. Nice memory!

Two people will square off, the winner goes on to play the next person on the team, and so on. Encourage spontaneity.

Take turns choosing something for the others to guess. “I spy with my little eye…something yellow.”

Everyone picks one object you’re likely to spot on the trail; for example, a stream, a hiker with a cap, a reindeer, etc. After everyone has chosen an object, the game begins. Make sure the objects you choose are neither too rare nor too common.

Can you get three in a straight line? Paper & pen are the only things you need for this game but stones, sticks, leaves and other things works equally good.. Take what you have. Play a couple of rounds and keep score if wanted. Perhaps you can add some stakes by betting that the person who doesn’t win will buy ice cream or beer once you arrive to your destination?

When you’re a bigger group of people it can be fun to do this one. Each person puts the right hand towards the centre of the circle and randomly takes another persons right hand with the left hand until all are joined. The object is to untangle the members of the team without letting go of hands. Sometimes you end up with more than one circle!

The Art of Walking No Comments