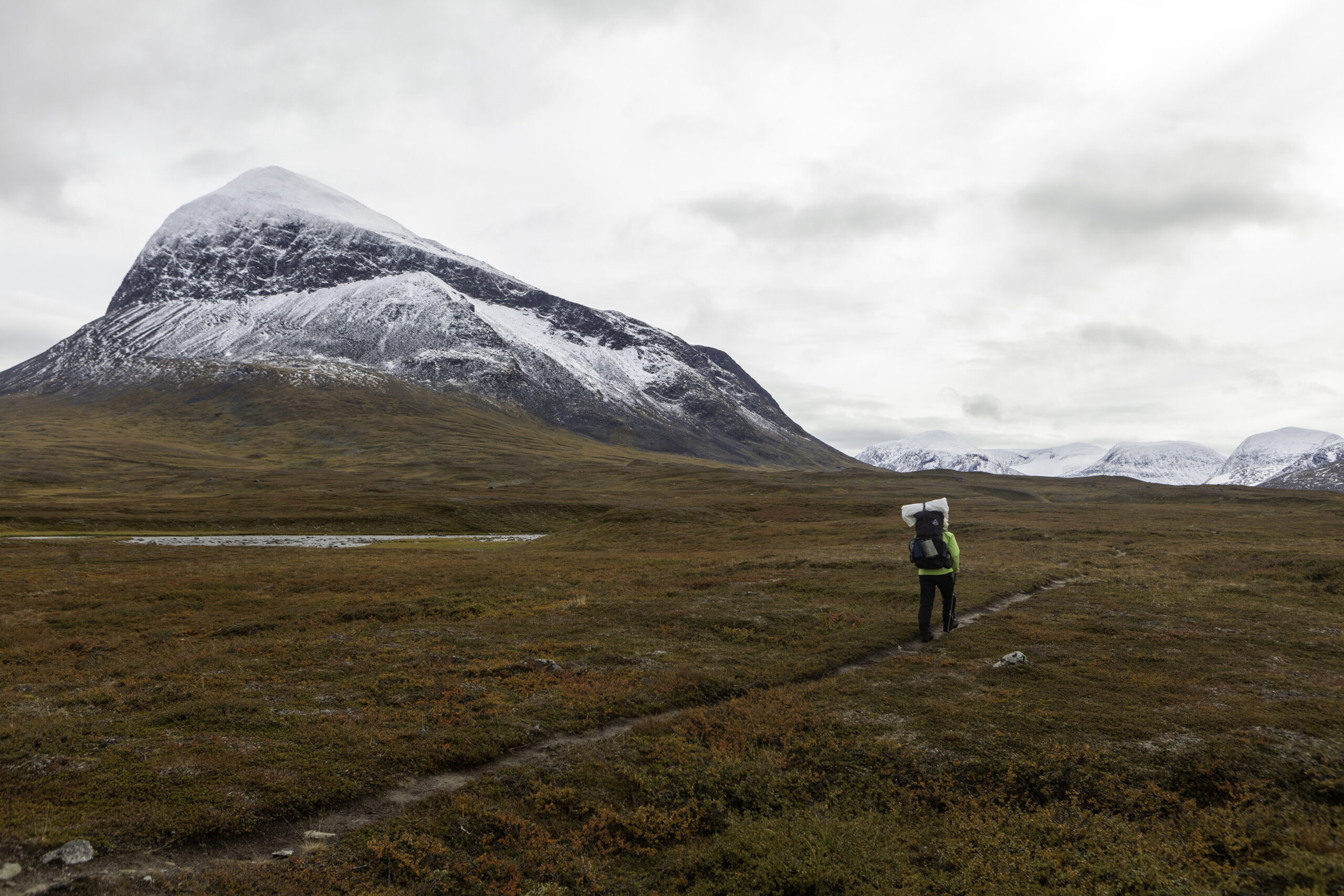 We stayed one night in Ritsem before going over the lake Ahkkajaure with the last boat for the season. The boat lowered the ramp in Änomjálmme and we then had to go down into the water and up on land. The birch forest told us it was autumn but so far hadn’t changed that much in color. We followed the Padjelanta trail south until the cable bridges and an area called “Treparksmotet”, a place where three national parks meet. We turned left and kept on going for some time before pitching our tents. We fell asleep early.

During the majority of the trip we fell asleep before 8pm and woke up around 5:30 in the morning. As the days went we passed Nijak, the reindeer cabin in Ruotesvagge and the emergency shelter namned Skarja. The wind picked up and the rain was hard. We decided to be open minded during the day and at a certain point decide if we were going to stay on route or go towards the Suorva dam instead. The wind gusts got stronger and we had problems standing up during a river crossing and therefore the decision to change the route came a little easier, though still with sad faces. We walked past the cabin in Piela and followed the lake to the other side before pitching the tents behind waist heigh vegetation.

The weather changed somewhat but we could really see and feel the wind gusts when they passed through the valley. Its really nice with good tents on days like this! Despite rerouting and ending up in Surorva we had a blast. The scenery, the weather and companionship made the adventure unforgettable and I’m already longing for the next endeavour. After the walk we took public transportation to Saltoluokta mountain station were we were suppose to end our walk and spent two days there with good food and day hikes. During the 8 days the autumn colors exploded and we could really see the colors changing. ↟

Follow me on the next hike Autumn hike in Sarek or read more about it and contact PathfinderTravels.

“Is it an opening in the vegetation or is it a path? Most likely it is an animal trail that also people before us followed in the same way as we now do to get through. We searched our way through the hip-high vegetation that currently filled the valley where we walked. The trail got wetter and wetter and after a while we realized that the barely visible track must have turned off some while ago and we were now just walking in a stream.”

“Apart from the first day, there are 1-4 river crossings per day were you have to change footwear depending on the water level.”