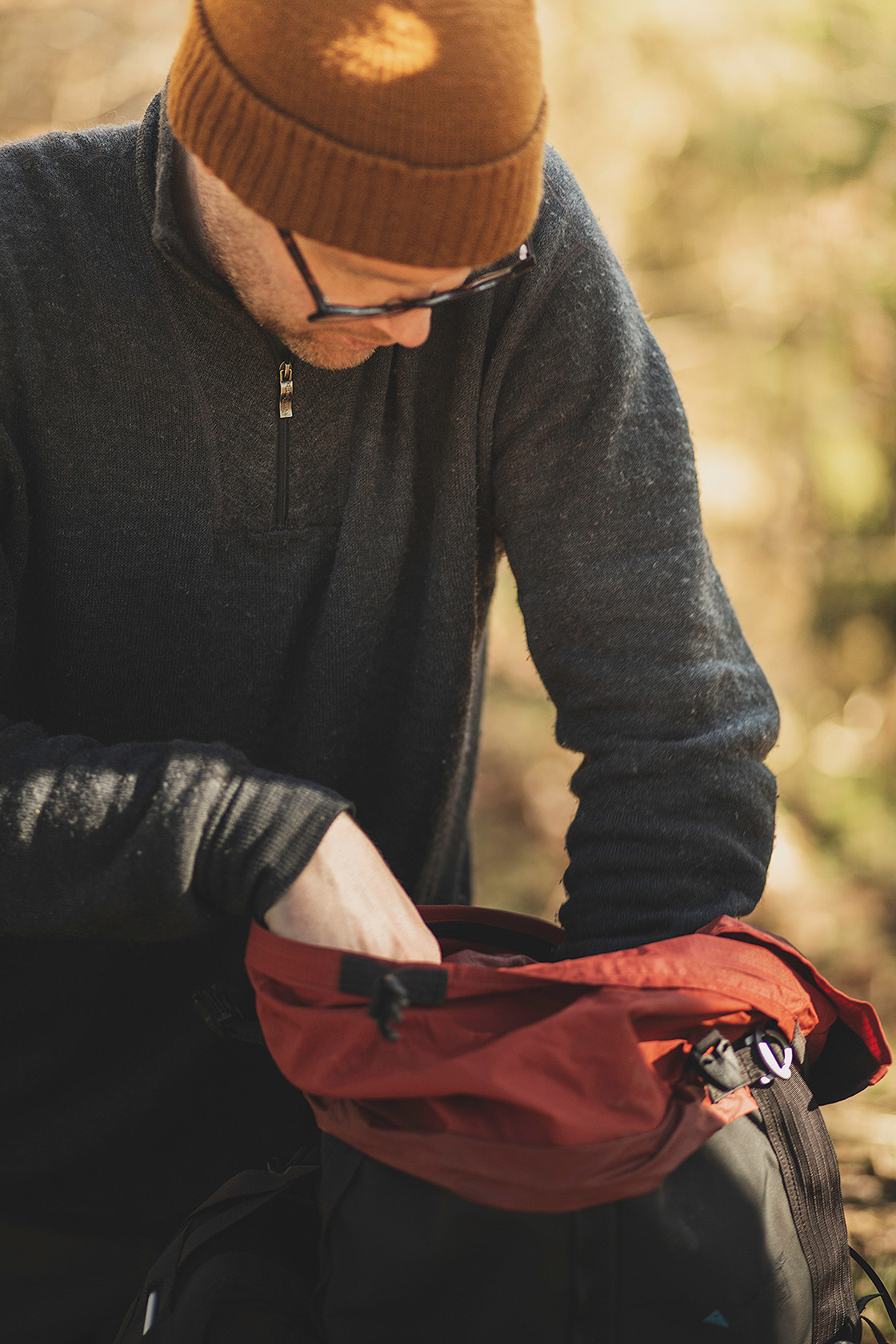 How to fit a backpack

How to fit a backpack

Already at young age I loved being outdoors. I knew little about backpacks and fittings. I just stuffed my gear in them and off I went. Through time I naturally learned more about them, what I liked and looked for. I even built a couple of simple ones. A good fitting makes a massive difference! Choosing the correct size and making the correct adjustment is vital. Below I write a little about my thoughts and how I choose to adjust my pack.

When you try out a new backpack try a couple of them. At least three! By testing a couple of bags you know the difference between them and why they fit you or why they don’t. Do you have a bag today? What do you like, perhaps don’t like, what are you missing?

Many trekking backpacks have adjustable torso length. Some people like science and measure it, but I tend to try, see and feel and have never actually measured mine. If you want to measure your back, bend your neck forward and feel the top of the spine. Follow it down with your fingers. The first big vertebra you feel is the one you’re looking for (seventh vertebra). Then feel your hip bones. Search for the higher part of the hip bone that feels like a horizontal shelf at your side. That’s the iliac crest, follow it until you reach the center of your spine. The distance between these two points is your torso length.

When you try backpacks I advise you to always load them with weights for a realistic feel. It’s also easier to feel if you carry the majority of the weight on your hips when you put on your backpack. In addition, some backpacks tend to shift upwards when you move around if not loaded. How much will you carry in general? Do you have a specific trip in mind? Put a couple of pillows in the bottom and thereafter the weights in between your shoulders as close to your body as possible. Put a pillow outside of the weight if possible and finish with a pillow or two before closing the bag making it full. The weight should always be placed here. If placed higher up and the weight balance will be off centre and you will easily lose stability. Further out from the back and you most certainly feel that the bag is pulling you backwards. Try placing the weights in the bottom or on one side – do you feel the difference?

When the pillows and the weights are in place pull all the straps. The bigger bags usually have five straps. Two on each side and one beneath the top lid. All of them press the backpack together so the gear is firm. They also press the weight of the pack closer against your body. Ask a friend to loosen them and tighten them. Then you easily have a feel for what they do and the importance of them. If it feels strange, rearrange before going further.

Loosen the straps made for carrying

Loosen all straps on the backpack as this will make it easier to tighten to the correct level (except the five we just tightened). Don’t forget the load straps, the ones behind your ears!

Just loosely wear the bag. If it’s really low pull the shoulder straps a little so the hip belt is just a little lower than the hip bones. This will make the next step easier.

This is a very important part as your hips will and should carry the majority of the weight. For men the top of the hip bone will be placed a little higher than the middle of the hip strap. For women the middle of the hip strap will sit in line with the top of the hip. If you put the hip belt above the hip bone the weight of the backpack will pressure the hip belt downwards causing friction against your hips. If you put the hip belt too low it will probably slide further down over time and eventually you will carry the full load on your back and much less, or nothing, with your hips making you tired and sore. Probably you also put pressure on the thighs making it hard to walk. Additional stabiliser straps can often be found on the waist belt. These straps also pull the backpack closer to you, thereby improving performance. When trying on a new pack, try it on while wearing the clothing you usually wear when hiking. Also worth mentioning is that some packs will have interchangeable hip belts. Sometimes it helps to momentarily stand on your tiptoes, making the bag jump a little, and at the same time pull the straps. Often people feel that the bag sits more on the hips afterwards, as a “final touch”. It should be around 80% on your hips.

Adjust the shoulder straps until they are firm. The straps should not be loose but not so tight that you raise the hip belt away from its correct position. People tend to pull the straps down and forward instead of down and backwards. If you do the first option, the straps will not slide through the buckles. The straps should be even on both sides (this applies to all the straps at all times). Overly wide shoulder straps can push and rub against your armpits or the sides of your neck.

I would say that shoulder straps with open-cell foam is soft and compressible but not suitable for heavy loads or backpacks with larger volumes. Closed-cell foam is more suitable as it does not compress as easily. Perhaps not as fluffy and nice as the open cell ones while in the store but when hauling the gear in the wilderness this can make all the difference.

Load strap (behind the ears)

Load-lifters, load straps or sometimes called stabiliser straps… They bring the bag closer to you and by doing so also move the centre of mass inwards, levelling it and relieving your shoulders from some of the weight. If you struggle and have to lean forward not to fall because you’re unbalanced (the backpack sits too far back), these are the straps you’re looking for. These could or should be tightened to an angle of approximately 35-45 degrees. If you start pulling them slowly while looking into a mirror and at the same time feel the bag moving in closer to your body you will easily know when to stop. When it feels good just keep on pulling the straps and you will probably see when it’s over-tightened, the shoulder straps leaving the shoulder and building upwards behind your neck and at the same time pressure will be applied on the collarbones. Too much! Now you know. Loosen them again and pull them until the bag is level and doesn’t pull you backwards.

Lesson: Be careful not to over tighten these straps as doing so can cause a gap behind/over the shoulders and also put pressure on the collarbones. Also if these straps are already tightened when taking on the backpack and you then pull the shoulder straps further you end up having a poorly fitted backpack. All backpacks look a little different but you can say that they should follow the body all the way and if you can put your hand in between or more you need to adjust it. I also follow the straps with my fingers from time to time to see that the straps are equally long. This way I know that the backpack is evenly tightened and balanced.

Lean forward a little, bending at the hips. This is how you’ll carry a bigger and heavier backpack. It’s your body’s way of maintaining balance and not falling backwards.

Gear on the outside?

Avoid attaching things on the outside of the bag. If you have to, use straps so that the equipment does not hang and dangle around. The rotation that comes from things hanging outside the bag and a bit out of the “center” affects the body in a negative way. This doesn’t help forward motion and your body has to compensate for the imbalance. In my opinion it doesn’t look good either. I usually look at my bag and in a way I simply check if it looks good. Can I and will I carry it with pride? If you’re already at the store thinking about how to attach sleeping bags, sleeping mats and tents on the outside of the backpack, I suggest you consider a bigger pack.

Backpack adjustment is not a once only activity – it is something that should be checked regularly throughout a hike, readjusted as you add or remove weight from your pack, and each time you put your backpack back on. The fit will slowly shift away from what you have originally set and be different over time.

Let me help you? I can help you with the right bag for you, the individual settings and what to have in it. Book a meeting today!